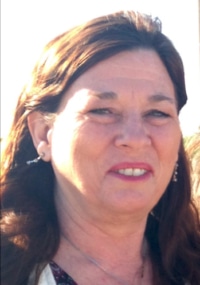 Kathi Monroe is President of the Chamber and Person of the Year!

Kathi Monroe has been voted in as the new President of the Malverne Chamber of Commerce. She has also been named the Malverne/West Hempstead Herald’s Person of the Year.

Sacrificing time to serve your community can be challenging, but if you asked Kathi Monroe, the Herald’s 2017 Person of the Year, finding time to help others can become a “good addiction.”

“When I see something that I can help with,” Monroe said, “I just kind of like to do it. You hear stories from other people who are involved and I think to myself, ‘I can do that,’ and that’s kind of what happens.” A resident of Malverne for 13 years, Monroe, 58, has belonged to the Malverne Civic Association, the Chamber of Commerce and the Rotary Club for nearly a decade. When she and her two daughters moved to Malverne from Mineola in 2004, she never imagined getting so deeply involved in her new community.

“Really never do I know what I’m stepping into,” she said jokingly, “but I’ve always been a joiner and I don’t like to be bored.”